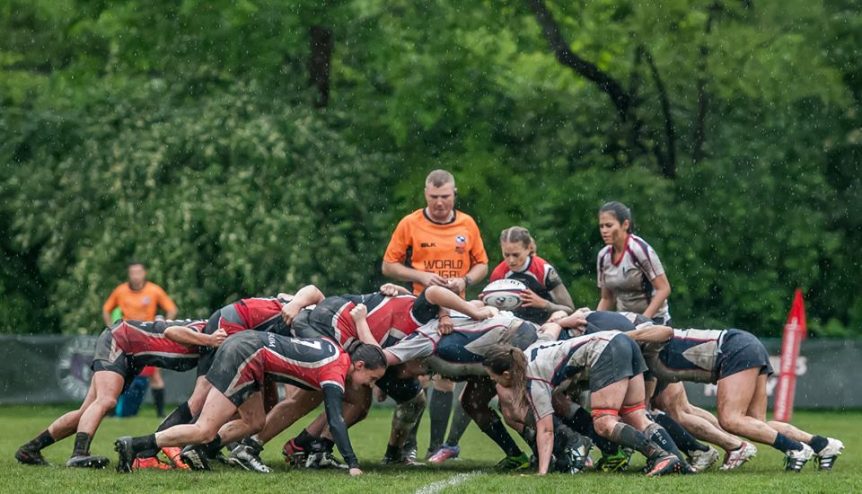 August is upon us, which means it is time to gear up for another rugby season! This is a particularly exciting month for the rugby community, as rugby sevens will be featured in the Olympics for the first time since 1924. Many of us are eagerly anticipating the Rio coverage and are exceptionally thrilled to see women’s rugby make its Olympic debut.

This fall, the Venom enters its second year in Mid-Atlantic Conference Division 1 competition. Our first year in D1 was full of many notable accomplishments and we hope to build on that success.  Early in the season, the team committed to being fit, united, and relentless. We used those three words constantly in training and matches. We worked hard to embody those three ideals, knowing that success in those areas would lead to wins. The team finished the spring season ranked 3rd in the country with a 16-3 overall record. Along the way, we won the Savannah St. Patrick’s Day Tournament, finished second at Ruggerfest in Washington, D.C., went undefeated in conference play, won the MAC championship, and challenged ourselves with tough matches against WPL teams. We even earned the “Senior Club of the Year” distinction.

Our season ended with a 15-24 loss in the National Semi-Final against Chicago North Shore. The 9-point loss to Chicago left us wanting more, but we proved to other teams and to ourselves that we belong in Division 1 and can absolutely compete at the highest level. The last few games also showed how details do matter in close games. We will take those lessons and keep growing and improving. Next year at Nationals, we will lose the element of surprise – we will no longer be the unknown underdogs from Raleigh.

The upcoming season will be, inevitably, full of challenges. We will start practice August 18 under new coaching leadership following Coach Mike Lee’s retirement. Quality matches against Pittsburgh, NOVA, and Philadelphia will test us early. Injuries in key positions will force new players to step up. Recruiting will be crucial to maintaining competition at practice and numbers for B-side matches. I am confident that the Venom can continue its winning tradition and tackle all of these obstacles. We look forward to seeing you at the pitch this season!